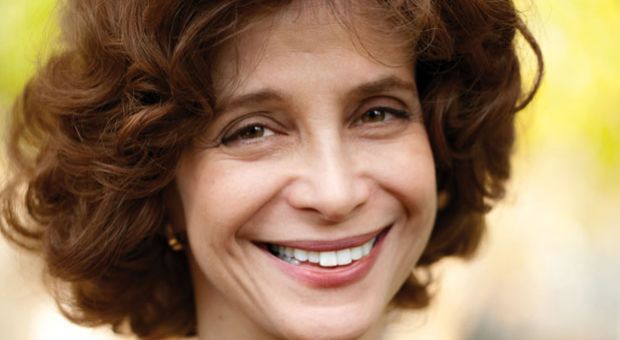 The term “peer pressure” usually carries negative connotations of teens trying drugs and families going into debt to keep up with the Joneses. But Pulitzer Prize-winning journalist Tina Rosenberg argues there are also powerful and often overlooked benefits of peer pressure. She’s written books about dealing with moral and political problems in Latin America and post-communist Europe. In the process, she stumbled upon what she calls “the social cure” for seemingly intractable problems across the globe. She gives examples of positive peer power in action in Serbia, India, South Africa, and the U.S.

Q: I am fascinated by this idea of using identity formation to influence or change behavior. I’m interested in juvenile justice reform and what comes to mind immediately listening to Tina’s ideas is how the ‘social cure’ could be utilized by schools, courts and other legal institutions, to focus more on fostering pro-social, positive identities in marginalized youth instead of the more common deterrence-based punitive approach that, if anything, is contributing to the development of criminal identities. One example of the punitive approach is charging juveniles as adults. – From Sarah Jane in St. Louis

A: You raise a very important issue. Since peer pressure is the biggest force in bringing kids into delinquent behavior to begin with, it’s reasonable to think that peer pressure can be an antidote. In fact, there are numerous successful programs – midnight basketball is probably the best known – that do try to give at-risk kids a different peer group. These programs tend to work best when the counselors are as much like the clients as possible – best if they are former gang members themselves. Like other programs that work with really marginalized people, these programs tend to have trouble keeping their funding, but it’s not because they don’t work.

A: Yes, my first chapters in the book are all about the science of why we are so driven to seek the approval of the group. There have been numerous studies that talk about this.

Q: How can teens and young adults keep from excluding or bullying others that they don’t want to belong to their group? It seems they have a tendency to fall into cliques. – From J.M.

A: This is a very tough problem. But there are great examples of successful programs that work by forming kids into groups where the social norm is zero tolerance of bullying. It helps if some of the kids in these groups are the “power groups” in the school – the children who are role models for others. It may be hard to change the behavior of bullies, but it is relatively easy to reduce the general tolerance for a bully’s behavior – and that is a big contributor to bullying.

From Join the Club: How Peer Pressure Can Transform the World. Copyright 2011 by Tina Rosenberg. Excerpted by kind permission of W. W. Norton & Company.