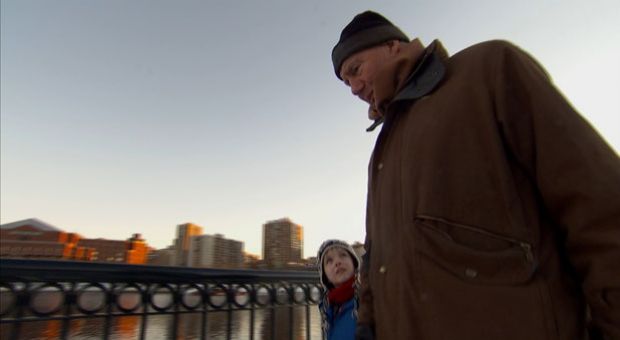 April is autism awareness month. In the last decade, the numbers of children in the U.S. diagnosed on the autism spectrum have risen rapidly. The Centers for Disease Control and Prevention now puts the rate at 1 in 110. The 6-year-old grandson of former PBS NewsHour anchor Robert MacNeil has autism. So does the 16-year-old son of producer Caren Zucker. In a new series of reports, they draw on their unique perspectives to chronicle the latest scientific and medical thinking about autism. They talk about the effect of autism on families, educators and clinicians.

Producer Caren Zucker and ABC correspondent John Donvan, in conjunction with The Atlantic, profile Donald Triplett, a 77-year old man who is the first person who received a documented diagnosis of autism in 1943:

The PBS NewsHour has launched a special series of reports about autism, a disorder that touches many lives across the U.S. and the world. Autism Now takes a uniquely personal look at the effects of the condition on families, schools and communities. Former NewsHour anchor Robert MacNeil’s six-year-old grandson, Nick, has autism. Along with producer Caren Zucker, whose teenage son is also autistic, MacNeil produced the series which explores the alarming rise in autism’s prevalence, treatment options, possible causes, and more.

Diane asked Both Zucker and MacNeil if they think, as many people do, that routine childhood vaccinations may play a role in the onset of autism.

MacNeil said his daughter, Alison, who is Nick’s mother, does believe that a vaccination played a role in her son’s autism. “As a journalist who’s been trained to look at the evidence objectively, while I’m sympathetic and understand her suspicion of that, I have to report that all the epidemiological studies that have been done have found no evidence of the connection,” MacNeil said.

One of the reasons that some parents suspect vaccinations as a cause of the onset of autism is because certain autistic children who have appeared to have developed normally for the first year of life sometimes regress between 12 and 24 months – around the same time they receive standard vaccinations.

One of the most poignant moments of MacNeil and Zucker’s series is a taped conversation MacNeil has with his 10 year-old granddaughter Nealy, who is Nick’s older sister. MacNeil says that Nealy “feels great distress about the presence of Nick’s autism in the family,” but it’s also apparent that she feels protective of him.

“Sometimes I worry that he might get lost – ‘cause he doesn’t really know what to do,” Nealy told MacNeil.

“Sometimes, when other people say they have lives that seem perfect and when yours – when yours – you have to do something that you don’t like, you don’t usually want to do it and though your autistic sibling does and it seems unfair,” Nealy said.

“Well, one of the things about life is that we all learn we have to do things we don’t want to do, whether or not there’s autism around or not,” MacNeil said.

“Yeah, but it seems like it happens too much,” Nealy said. “I mean, there’s going to be a few times when that happens, but it seems with an autistic older brother or sister, it always happens.”

Zucker was responding to a caller who said she was dismayed at the lack of support for special education teachers across the country.