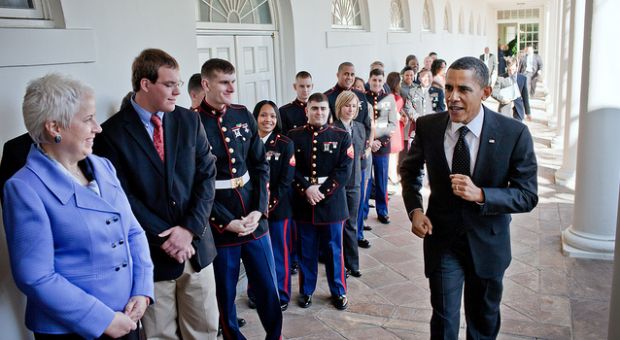 President Barack Obama passes staff from the White House Military Office as he jogs along the Colonnade of the White House following an event that ran late, March 1, 2011. The military personnel and their families were lined up to take departure pictures with the President in the Oval Office. Official White House photo by

Few presidents have faced the expectations that confronted Barack Obama in 2009. Voters sent him to the White House largely based on his vow to change the way Washington works. The realities of governing soon overshadowed ambitious promises made on the campaign trail. His major achievements – landmark health care legislation, a successful stimulus package, and two Supreme Court confirmations – came at a high price. A crushing defeat for Democrats in the midterm elections has already taken a toll on the rest of his agenda. Diane and her guests discuss President Obama’s first two years in office and what he must do to win a second term.