Dr. Randy Christensen: “Ask Me Why I Hurt”

Dr. Randy Christensen: “Ask Me Why I Hurt” 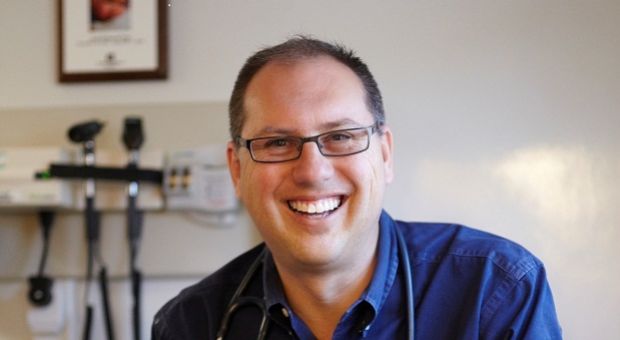 More than one million children in the U.S.today are homeless. As a result, many of them lack regular health care. Ten years ago, a pediatrician in Phoenix, Arizona became the first to run his hospital’s mobile medical clinic – a doctor’s office on wheels. His goal was to help homeless children get the medical attention they need. Their problems –from sexually transmitted diseases to infections from living outdoors – are often very different than those of other children. The converted Winnebago known as “Big Blue” has now served almost 7,000 children. Health care challenges facing homeless children in America.

Dr. Christensen stayed after the show to answer a few more questions.####

Q: I haven’t heard anything mentioned about the percentage of kids on the street who identify as Gay Lesbian Bisexual or Transgender. Do you find that this is an issue in Grand Rapids as it is in Cleveland? Haven’t done a recent report on GLBT percentages but off the top of my head I suspect about 20% of the adolescent population on the streets. Do you provide STD testing, HIV testing, and education regarding condom use? Is there anyone on your staff who is versed in working with this population?
– From Katherine via email

A: We do indeed do STI testing, including HIV, and educate on safe sex practices including condoms. All clinical staff is pretty comfortable with the topic and we use a modified HEADSS questionnaire form (this is an adolescent risk assessment).

Q: How do you deal with the inescapable recognition that poverty is at the root of most of the social problems you’re dealing with and poverty appears to be institutionalized in this country?

A: I choose to stand up and tell others the stories. I choose to be an advocate and hopefully I can get others to listen and eventually to act. That’s why I keep doing this job.

Q: I was thinking that the house call might make a come back if medical professionals can turn it around. That is to say that I believe that health care reform should start from the people on the inside, not the bureaucracy. I was hoping there might be a movement in what I now call the “Medical Industry” to go back to a more personal healthcare experience. Thoughts? – From Ian via Facebook

A: I think that in the beginning the term “health care reform” meant that we would push medicine towards an “evidenced based/primary care/holistic/medical home” focused way of caring for patients. Unfortunately this has come to mean so many other things based largely on political beliefs. I hope that in the end we truly spend some time looking at the way we deliver health care and maybe there is something to learn from the old traditions of house calls.

For the past ten years, Dr. Randy Christensen has run his “clinic on wheels” that focuses on treating homeless children in Phoenix, Ariz.

Working with underserved populations is an idea that Dr. Christensen says he grew up with. He can remember his parents struggling with finances, but they always found a way to try to share what they had with their neighbors and their community.

“Just from a very young age, I can remember my mom saving up dimes so she could help somebody at the end of the year. And the truth is probably $35 or something like that. But she wanted somebody else to be helped in that way,” he said.

According to Dr. Christensen, families are the fastest-growing segment of the homeless population. In Arizona alone, there are an estimated 5,000 – 10,000 homeless children, the majority of whom live in Maricopa County.

Diane asked the doctor how his mobile clinic finds the youths it treats. “We’re very consistent,” he replied. “We try to build relationships, collaborations with many of the organizations out there, whether it be a faith-based organization or a state organization.” Christensen says that he and his colleagues are trying to become a true comprehensive program that also treats adults when necessary.

Dr. Christensen tells the story of one young girl who came to the clinic with a bad, persistent ear ache. Christensen examined her to find a small, dead cockroach in her ear.

“It happens relatively frequently,” Christensen said, because these children are sleeping on floors in run-down or abandoned buildings where cockroaches thrive. The little girl took the basin with the cockroach Christensen had extracted and was going around proudly showing it off to others saying, “Look what he took out!”

“And then, of course, she comes and gives me this big huge hug,” Dr. Christensen said.

Excerpted from Ask Me Why I Hurt: The Kids Nobody Wants and the Doctor Who Heals Them. Copyright @ 2011 by Dr. Randy Christensen. Reprinted by Permission of Broadway Books, an imprint of the Crown Publishing Group, a division of Random House, Inc., New York: