Katrina vanden Heuvel: “The Change I Believe In”

Katrina vanden Heuvel: “The Change I Believe In” 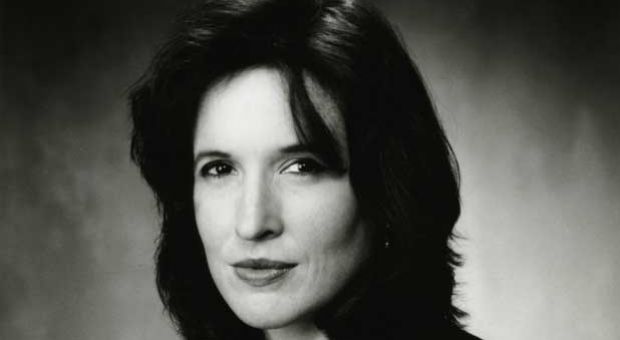 When President Barack Obama was elected in 2008, progressives cheered what they saw as a chance for real change in the country. One of those was Katrina vanden Heuvel, editor and publisher of the Nation. Still she cautioned, we progressives need to be as clear-eyed, tough and pragmatic about Obama as he is about us. Three years later vanden Heuvel takes stock of the president’s accomplishments and winces at the disappointment she and other supporters feel over compromises he’s made with republicans on critical social and economic issues. In a new collection of her columns, she addresses the challenges limiting political debate and why she’s fighting for progress in the age of Obama.

As a proud progressive, Katrina vanden Heuvel cheered the election of President Barack Obama. In the years since, she has expressed a less enthusiastic response to Obama’s accomplishments in office, and to the state of American politics today. Vanden Heuvel talks about what she sees as Obama’s biggest challenges now and what she thinks the Democrats need to do ahead of the 2012 elections.

Vanden Heuvel had a message for Obama when he was elected, and it included things she wanted to see him do during his term. To her, one of the most important tasks Obama had before him was to put demands on the banks, which she says he has failed to do. Obama also made a mistake in what vanden Heuvel calls “demobilizing” many of the people who helped get him elected. “In the system we live in, you need countervailing power,” she said. “You need wind at your back, and the wind at your back to take on establishment power and corporate money in your system would be people.”

Vanden Heuvel knows that compromise is an essential part of politics, but she saw Obama as retreating from his ideals during the long debate over health care reform. She said he had run on audacity, but what he demonstrated was conciliation. In her view, Obama allowed lobbyists to gut both the health care and financial reform bills, rendering them ineffective.

Obama’s supporters are irritated when left-leaning writers and commentators like vanden Heuvel come out with such strong criticisms of the president. But vanden Heuvel doesn’t want people to look at her writing and her book as a denigration of the president. “It’s trying to take a measure of not just the presidency, but the interconnection of movement, of leadership, of conditions in this country,” she said. Passing two major pieces of legislation, appointing two strong women to the Supreme Court, and repealing the global gag rule are all accomplishments she acknowledges.

A listener asked vanden Heuvel if she would be optimistic if president Obama is re-elected in 2012. In her book, vanden Heuvel wrote that she thinks we need to be as pragmatic and clear-eyed about Obama as he is about us. Right now, she said it’s important for movements to keep working with the president, and pushing him when needed – criticizing, engaging, and supporting when called for.

Q: Why do the democrats never come out and support the president when the Republicans mislead the electorate? I think there would be a benefit to more widely supporting the stimulus or “failed stimulus” as they like to call it, as well as the health care bill and some of the tax reform the president has been talking about. There never really seems ot be much fact checking on the part or the liberals. – From Patrick via email

A: But many Democratss do come out and support the President when GOP misinforms, misleads the public. But it also demands a White House and a President willing to frame and fight hard to support and promote their policies – for example, the stimulus, which this White House didn’t do enough to “sell.”

Q: The left is missing the bullhorn that Fox News provides for the right.The Nation is a passionate, smart, critical voice that needs to be heard. What does Katrina plan to do to make the Nation more visible, more relevant and more part of the daily conversation … currently it is dismissed as a liberal almost fanciful weekly. – From John via email

A: The independent/progressive media infrastructure is stronger now than it was 20 years ago. But it does need to get stronger. MSNBC has become a platform for some strong progressive voices; the Nation now has 1.5 million viewers on its website, thenation.com and has its reporters out on all platforms, radio and TV and more….We are also working with media across the country to make our voice more relevant and connected to real lived experiences of workers and others fighting the Right in places like Ohio and Wisconsin.

Q: Progressives are too reluctant to publicly embrace the fact that Obama and most other Democrats depend on Wall Street financing as much as the Republicans do and that their policy decisions reflect that dependence. If we get policies that favor the top 1% from both major parties, wouldn’t it make sense to start supporting alternatives like the Green Party as one way to work toward more humane policies? – From Josh via email

A: I believe our first goal must be to get corporate money out of our political system and create a small donor network so a new generation of gutsy reformers can have a stronger voice in our politics. Then, as I lay out in THE CHANGE I BELIEVE IN, we must fight for political reforms — I have a passel of ‘em in the book — that would give third parties a real chance, not just Ross Perot third parties, which are top down and run by corporate money, but real alternative voices. But we would also be wise to support and grow the small “d” democratic wing of the Democratic party and find through public financing and new media an end to corporate money in our system…

Excerpted with permission from the introduction of “The Change I Believe In: Fighting For Progress in the Age of Obama” by Katrina vanden Heuvel. Available from Nation Books, a member of The Perseus Books Group. Copyright 2011: