Anita Desai: “The Artist of Disappearance”

Anita Desai: “The Artist of Disappearance” 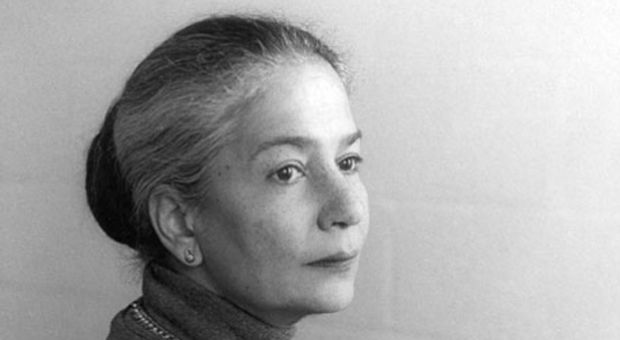 Anita Desai’s writing career spans more than five decades. Her novels have been translated into 20 languages. And three have been short-listed for the Booker Prize. In her latest work of fiction, the Indian-born author explores time and transformation. She ruminates on art and memory and the sharp divide between life’s expectations. The men and women in Anita Desai’s three novellas – set in modern India — embark on unexpected journeys. Each faces opportunities of new hope and purpose — only to find they cannot escape their surroundings. Diane talks with master storyteller and author, Anita Desai.

Anita Desai’s writing is often about art and language that exists on the margins. In a new collection of three novellas, the award-winning author explores the pain of being alone and the desire to disappear after failure. Her new book is titled “The Artist of Disappearance.”

What Is Disappearing In India?

Desai writes about a “vanishing world,” the one that she grew up in in India and that she said we see less and less of now. Desai grew up in the newly post-Colonial world, in the era of Nehru and Gandhi. “There was a great euphoria about Indian independence and the freedom struggle having won this great prize of independence. There was a great deal of idealism at that point and it was also very rapidly dashed, ruined by the partition of India and Pakistan and all the violence and the loss and the grief that that entailed.”

In India, Rich In Time

The biggest difference between Desai’s early life in India and her life now is that in her childhood, she always felt that the one thing Indians were rich in was time. “I couldn’t understand why people in the West always complained of not having enough time,” she said. But now it seems to her as if everyone is in a hurry and that way of life has passed. Both of Desai’s parents came from lands that were, in a sense, lost – her German mother immigrated to India in the late 1920s, and her father was from East Bengal, which became East Pakistan after the partition. So her parents settled and raised the family in Delhi, which was a strange place to them both.

A Kinship With Isolated Characters

Desai often writes about solitary characters, and she feels that people who withdraw into extreme solitude discover things about themselves that they may not be willing to display to the outer world. “So it’s a way of reaching deep into the souls of my characters,” she said. “What are they in the dead of night when they’re absolutely alone?”

Desai has always invented both characters and situations, saying that all she shares with her characters is often the landscape. “If one is a writer, then one writes in order to create some kind of order out of the chaos of all the impressions, all the experiences one has,” she said. For her, it’s a way of creating some control, or some sort of order.