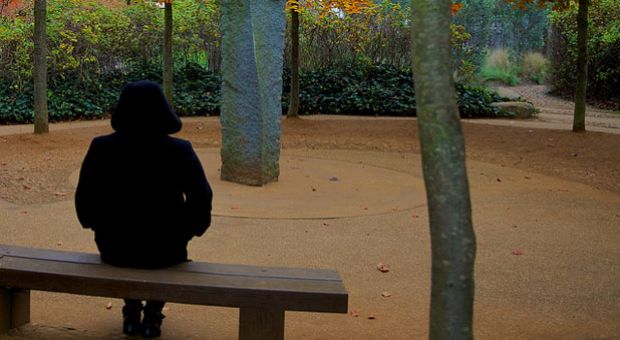 In 1950, four million American adults lived alone. They represented nine percent of all U.S. households. Today, thirty-one million live alone … twenty-eight percent of all households. For the first time in centuries, the majority of all American adults are single. They will spend more of their adult life unmarried than married, and for much of this time they will live alone. The global numbers of people living alone is also skyrocketing, especially in urban areas of the Scandinavian countries, western Europe and Japan. A New York University sociologist examined the factors behind this trend, and how it is transforming our communities. He joins Diane to discuss the challenges and opportunities of the biggest demographic shift since the baby boom.

Paying A Premium For Living Alone

Klinenberg said that living alone is often much more expensive than living on one’s own – so much so that in the developed world, getting a place of one’s own is a sign of success. According to Klinenberg, Washington D.C. is the epicenter of solo-livers, with almost half of all households one-person households. In Paris, (the “city of lovers,” Klinenberg notes) more than half of the households have just one person; and in Stockholm the figure is more than 60 percent.

Lifestyles Of Those Who Live Alone

Some might assume that those who live alone are more isolated and have fewer friends, but Klinenberg said that on average, they are more socially connected to friends and neighbors than people who are married. “Married people tend to hunker down and stay home,” he said. There is also a distinction between living alone and being alone, and yet a further distinction between living alone and being isolated or lonely, Klinenberg said.

The Design Of Our Living Spaces And Neighborhoods

“One of the things I’m concerned about is that our suburbs are really designed for a different lifestyle than the one that we live today,” Klinenberg said. “They’re not designed for a world where so many people are living alone, and unfortunately, we’re seeing a whole generation of people who raised their families in the suburbs now have their children gone, perhaps they lose a spouse or get separated, or maybe they’re married and they’re together, they don’t fit where they live anymore,” he said. The suburbs can be particularly isolating for people, which is one reason why many people who live alone are drawn to the density of cities, he said.

Do Men And Women Approach Being Alone Differently?

Diane wondered how men and women view living – and being – alone. Klinenberg said decades of social research have revealed that women generally do a better job of making and keeping friendships than men. This has been found to be true for both friend and family relationships. So women are much more likely than men to live alone, Klinenberg said, but they’re less likely to get dangerously isolated.