Death of a Parent

Death of a Parent 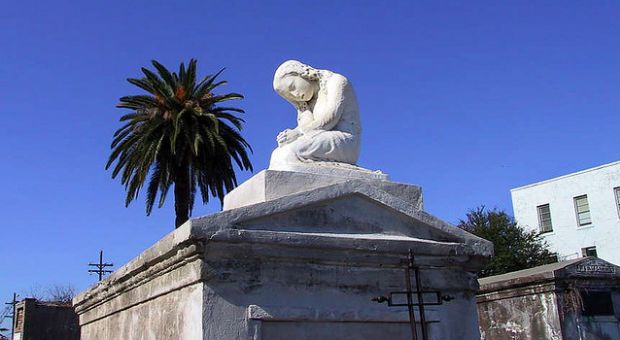 The death of a parent can be a life altering experience at any age, but for children there are special challenges. Adults are often at a loss how to best support children and adolescents who are experiencing profound grief while at the same time trying to meet cope with the demands of school, relationships with peers and changes in routines. Grief counselors know that some feelings and reactions are common, but they also know that every loss is unique and presents its own set of psychological and social issues. Please join us to talk about how to help children and adolescents cope with the loss of a parent

People say children are resilient, but when a parent dies, the emotional and psychological challenges can be overwhelming. Diane and a panel of guests talked about how children and teenagers cope with the loss of a parent and what other adults in their lives can do to help.

How A Parent’s Death Changes The Course Of A Life

Geithner, who lost her own mother when she was 25, realized at that age how such a loss sets people apart. “Life stops in a way while everyone else’s life is going on…I experienced how awkward it can be for people to know how to react to you,” she said. Harris lost his mother at age 13 and realizes today that if she had lived, he would be a very different person. Harris said he would have much better table manners, but also realizes that he is “fiercely independent” because she wasn’t there. He and his brother even avoided spending time with her in the final stages of her illness, to his shame today. “It’s the sort of thing that I’m never going to get over, and probably never forgive myself for,” he said.

Not Knowing What To Say

Kelly, who is earning her master’s degree in clinical social work, lost her father when she was a freshman in high school. She remembers that few people, her peers and adults alike, seemed to know what to say. “So for the most part, they really didn’t say anything. So part of my motivation for going back to school to get my master’s in clinical social work is so that I can help others who are going through challenging circumstances,” Kelly said. She’s learning that it may be perfectly fine for adults to say to young people, “I’m really sorry you’re going through this, and I know it’s hard.”

A listener sent an email to the guests asking what suggestions they had for her 4 year-old niece, who lost her mother several months ago. “I think one of the great gifts that the surviving parent and family members can do is to continue to share stories and memories about the person who died, especially with such a young child,” Geithner said. Ley agreed, and added that the language used needs to be very simple, very clear, and very straightforward. “The irreversibility of death is not well understood at age 4, probably not until 9 or 10, so the question of is mommy coming back or where did she go. So we want to use really straightforward language,” Ley said.

Grief As A Process

Harris talked about the reality of his mother’s death hitting him at different moments – like the first time he was home sick from school after her death and realized she wasn’t there to care for him. Geithner agreed that grief comes “out in bits and pieces and bursts” when young people can handle it rather in the long, profound way that adults might grieve and mourn.

You can read the [full transcript here(https://dianerehm.org/shows/2012-03-05/death-parent/transcript).