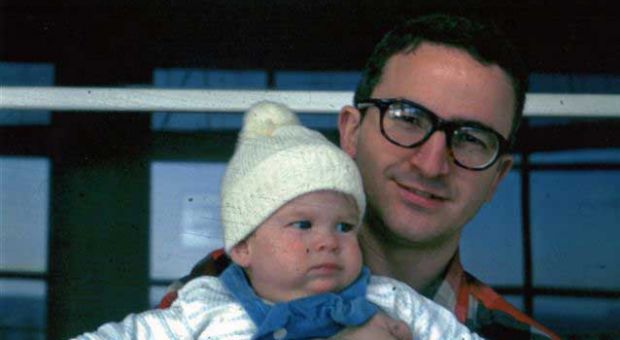 For most children, the world of spies and sabotage makes for an exciting bedtime story. But author Sara Mansfield Taber did not need to read about such things in books. Her father was a C.I.A. agent, who was posted with his family to Asia and Europe. It was the height of the Cold War, and he was working to undermine communist regimes around the world. For the most part, she lived a protected, exotic life. But as her father’s career progressed, he became increasingly plagued by the dark nature of his work. In her new book “Born Under an Assumed Name” she describes the thrills of her upbringing, but also the heavy toll working for the C.I.A. took on her father and her family.

For decades, the Cold War dominated American foreign policy, but for Sara Mansfield Taber, it was not an abstract struggle. Her father was on the front lines. She joined Diane to talk about her new book titled, “Born Under an Assumed Name,” detailing her life growing up as the daughter of a spy.

Taber, whose family moved around frequently when she was growing up because of her father’s job as a CIA agent, had lived in at least six different countries by tit was countries,” she said. “But also a life of tremendous losses and this atmosphere of secrecy and stoicism and silence all around me,” she said.

Finding Out Her Father’s Secret

Taber’s father told her about his job when she was about 15 years old. He grew more worried about his work and increasingly disaffected over time. Taber things her father was “really tired” of lying to his children. “And for us, for me at least, it was not what you’d think my reaction
might be. At the time, I was an anti-war protestor, vehemently against the CIA and what our government was doing in Vietnam. But I adored my father and I had grown up as kind of being a little ambassador for the U.S.,” she
said. “Overseas, we were the diplomat’s kids and we had to put on a face all the time and so this kind of just dded to our sense of service.”

Taber said that women like her mother who were the wives of CIA spies were “graded” by the agency on their husbands’ efficiency reports. “And, oh my gosh, the pressure on you to have a perfect family because your husband’s life – not his life, but his job could be at risk if you didn’t have a perfect family and have no emotional problems, which would
supposedly make him a security risk or vulnerable to the enemy. So it was a huge pressure,” Taber said. Her mother used to be so worried about her father’s safety while he was out on assignments that she would sometimes follow him, determined to save him if something happened, Taber said.

Consequences Of Growing Up In A CIA Family

Taber still loves traveling abroad because she spent so much of her youth that way, she said. “I really came to value emotional honesty above all because I did grow up in an atmosphere of a lot of repression,” Taber said.”And my father never really admitted he had feelings. And so I came to feel that it was very important to be honest about feelings. My father became very depressed later in life and I think that had a lot to do with repressing his feelings due to this atmosphere of stoicism.”