John Irving: “In One Person: A Novel”

John Irving: “In One Person: A Novel” 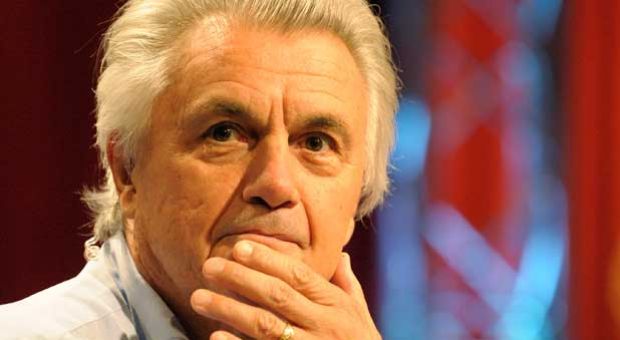 John Irving’s latest novel, “In One Person.” is narrated by a young bisexual man named Billy Abbot. As a teenager at a New England all-boys prep school in the 1950s, he has crushes on “the wrong people,” including the town’s transgendered librarian and the wrestling team’s golden boy. In the 1980s, he witnesses the horror of the AIDS epidemic. Throughout his life, he experiences the loneliness of knowing no one person can fully satisfy him. Irving first introduced the term, “sexual suspect” three decades ago in his National Book Award- winning novel, “The World According to Garp.” He joins Diane to discuss why he has returned to the issues of sexual identity and intolerance in his thirteenth novel.

Award-wining author John Irving’s 13th novel, “In One Person,” is the coming-of-age portrait of Billy Abbott, a bisexual teenager who struggles with his sexual identity. He talked with Diane about his experiences discovering how varied his own sexual desires were as he came of age. Irving also said one of his sons, who is gay, was the sort of ideal reader he had in mind for the novel – though he didn’t write it because of, or for, his son.

Irving said the novel is his most political since he wrote the best-selling books, “The Cider House Rules” and “A Prayer for Owen Meany.” He said, like all of his novels, he waits at least a decade after an event or national debate before writing about them. “In One Person” follows the life of a bisexual man growing up in the 1950s before the AIDS epidemic. Irving said the reader knows AIDS is coming and that some of Billy’s closest friends will die from it. “We know that’s a collision waiting,” Irving said.

Irving said the book’s title comes from an excerpt from William Shakespeare’s play, “Richard II.” He said it’s ironic that Shakespeare seemed more comfortable with talking about the mutability of sexuality and gender than Americans are today. “It’s merely surprising to me as an American, how resistant many Americans still are to the subject of sexual tolerance. We are truly a repressive and juvenile country sexually.”

During a “Meet the Press” interview over the weekend, Vice President Joe Biden said he was perfectly comfortable with same-sex marriage. Diane asked Irving about his reaction to Biden’s remarks. Irving called Biden’s comments “brave,” and said he wished President Barack Obama would stop procrastinating on the gay marriage issue. “I’ve heard him use the word evolve about his own feelings toward gay marriage. I think it’s time he continued the evolving. I wish he’d get to it,” Irving said about Obama.

Irving said he had a fortunate childhood, growing up around people who gave him a lot of attention and cared deeply about his education. “I wish education were more of a priority in this country too, along with sexual equality,” Irving said. He said his sexual desires were “various and everywhere.” He said he was attracted to his friends’ mothers, to young girls his own age and to some older boy wrestlers. “I think many of us, we don’t remember what we were like when we were 13 going on 16. We don’t want to remember that. I don’t believe I’m the only boy who ever was attracted to just about everyone,” Irving said.

John Irving talks about his own sexual coming of age and the fact that he remembers his desire being “all over the map.” He says as a teenager he was attracted to girls his own age, his friends’ mothers, and some of the older boys on his wrestling team. He believes that having had varied desires, remembering them, and being honest about them has made him more compassionate and open-minded person when it comes to the question of sexual orientation: