Analysis Of President Obama’s State Of The Union Address

Analysis Of President Obama’s State Of The Union Address 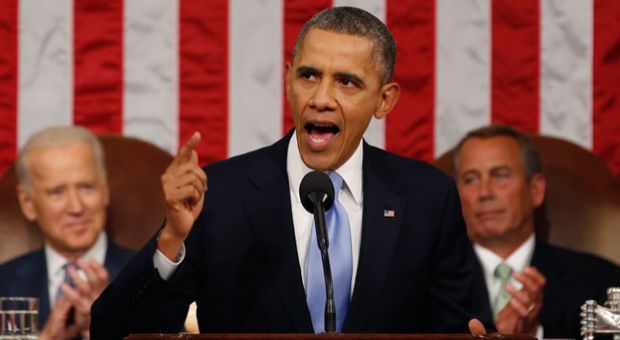 U.S. President Barack Obama delivers his State of the Union speech on Capitol Hill on January 28, 2014 in Washington, D.C. In his fifth State of the Union address, Obama is expected to emphasize on healthcare, economic fairness and new initiatives designed to stimulate the U.S. economy with bipartisan cooperation. (Photo by Larry Downing-Pool/Getty Images)

President Barack Obama put Congress on notice last night. He made it clear in his fifth State of the Union address that he’s willing to act when lawmakers do not. The president announced a series of executive orders that would bypass the need for congressional approval. They include raising the minimum wage for future federal contracts and improving job training skills and technology in schools. One area that could remain open for bipartisan cooperation: immigration reform. House Speaker John Boehner said yesterday that Republican leaders will outline their ideas for overhauling U.S. immigration laws this week. Diane and her guests offer analysis of the State of the Union address.