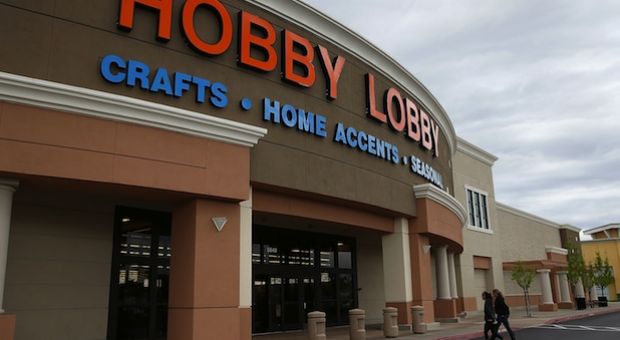 Customers enter a Hobby Lobby store on March 25, 2014 in Antioch, California. The U.S. Supreme Court is hearing arguments from crafts store chain Hobby Lobby about the Affordable Healthcare Act's contraceptive mandate and how it violates the religious freedom of the company and its owners. Justin Sullivan/Getty Images

President Barack Obama extends the health care enrollment deadline for some applicants. The Senate votes on an aid package for Ukraine. And five of Bernie Madoff’s former employees are convicted of conspiracy. A panel of journalists joins Diane for analysis of the week’s top national news stories.

After three Secret Service agents were sent home from Amsterdam this week because of an alleged night of drinking, many have started to question the culture of the agency that has continued to find itself in the spotlight because of its officers’ behavior.

The incident this week comes weeks after officers were punished following a car accident in Miami, and two years after a prostitution scandal during President Barack Obama’s visit to Cartagena, Colombia.

While the incidents raise “more a question of culture than whether the president was ever threatened,” USA Today’s Susan Davis told Diane Rehm on her Friday radio program, they still distract from the messages Obama is trying to send as he meets with foreign leaders.

Still, said Wall Street Journal reporter Damian Paletta, “how many more incidents can we have before something does happen?”

For the panel’s full discussion on the Secret Service, watch the video below.