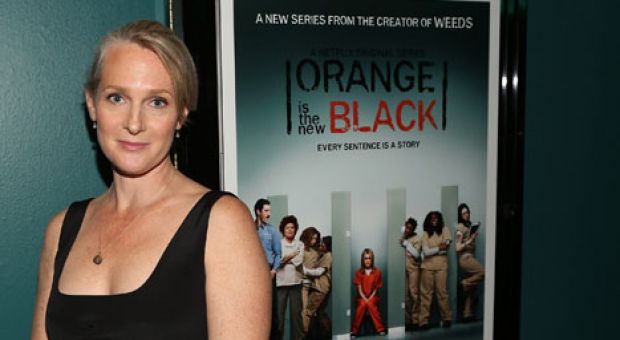 Kerman at a special screening of "Orange Is The New Black" in Santa Monica, California, on June 17, 2013. Jesse Grant/Getty Images for Netflix

Piper Kerman was 24 and a new graduate of Smith College when she smuggled a suitcase of drug money across international borders. A decade later, that day came back to haunt her, tearing her away from a privileged life and landing her in a Connecticut prison. Kerman’s memoir “Orange Is The New Black: My Year In A Women’s Prison” documented her 13 months behind bars and became the basis for the popular Netflix series. The second season was released this past Friday. Drawing from her own experience, Kerman now dedicates much of her time to advocating for prison reform and awareness about female incarceration. Piper Kerman joins Diane in studio.

Imprisonment is “inappropriately used as a tool of control” in communities of color, said Piper Kerman, author of the book “Orange Is The New Black: My Year In A Women’s Prison.”

Kerman, whose book inspired the Netflix television show of the same name, discussed the issue while answering a question from a caller who asked about Kemba Smith, a black woman who committed a crime similar to Kerman’s but was given a sentence of 24.5 years in prison with no possibility of parole. Kerman’s sentence was 15 months.

Watch Kerman’s full response in the clip below.

Piper Kerman On How Her Book Has Influenced Perception of Prison

Watch live video of Piper Kerman in studio as she discusses her book and the Netflix series “Orange Is The New Black.”