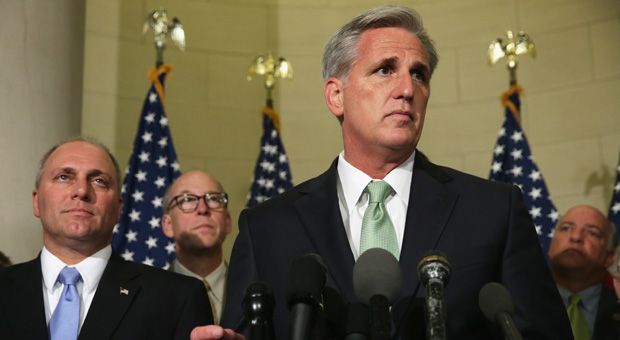 House Republicans elect Kevin McCarthy of California as their next majority leader. McCarthy replaces Eric Cantor, whose surprising loss in his Virginia primary shook up GOP leadership. President Barack Obama continues his use of executive orders this week to create the world’s largest marine sanctuary. It comes as new polls show a majority of Americans disapprove of his President’s leadership. The IRS says it lost tens of thousands of emails sought by Congress. And Starbucks announces an initiative to make college more affordable for their employees. Guest host Susan Page and a panel of reporters discuss the week in news.

The growing number of unaccompanied minors crossing into the U.S. from Central America could dim the already bleak prospects for immigration reform this year.

Ed O’Keefe, a reporter for the Washington Post, said that House Speaker John Boehner has been vocal about Republicans’ lack of faith in President Barack Obama to enforce the country’s current immigration policy–so the recent surge in immigrant children “is just fodder for them,” he said Friday on The Diane Rehm Show’s Friday News Roundup.

On the other, guest host Susan Page said, the crisis fuels the argument that the country can’t rationalize its immigration system “if we don’t have control of our border.”