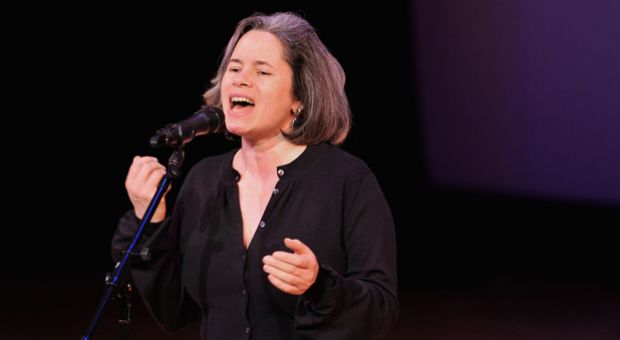 Natalie Merchant first made a name for herself back in the early 1980s as front woman and songwriter for the band 10,000 Maniacs. In the 1990s, she moved on to a successful solo career, continuing to captivate fans with her unique, hypnotic voice. Since then, Merchant’s artistic impulses veered away from the world of pop into folk music, orchestral performance, and, inspired by her daughter, children’s poetry. Now, she has released her first album of original songs in 13 years. The work, titled “Natalie Merchant,” is the fullest expression of her songwriting voice to date. A conversation with Natalie Merchant about three decades in music.

It’s been 13 years since Natalie Merchant released an album of new songs. A new self-titled album was released this spring in anticipation of a summer tour that kicks off July 3.

Get a sneak peak of her work with these videos from the new album: