The Latest On The Crisis Between Israel And Hamas

The Latest On The Crisis Between Israel And Hamas 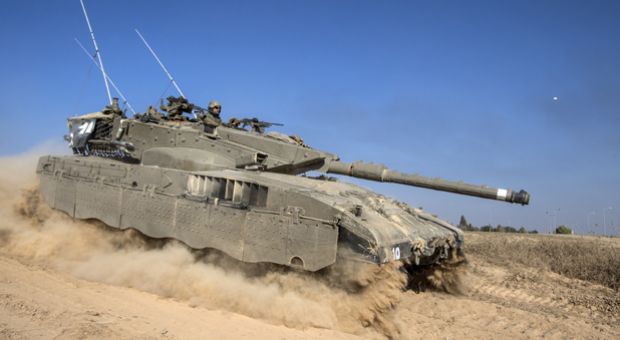 An Israeli Merkava tank rolls near the Israeli-Gaza Strip border, on July 21, 2014. US Secretary of State John Kerry is to push for an immediate ceasefire in Gaza when he arrives Monday in Cairo, President Barack Obama said. JACK GUEZ/AFP/Getty Images

United Nations chief Ban Ki-moon and U.S. Secretary of State John Kerry arrived in Cairo yesterday in a bid to broker a cease-fire between Israel and the militant Palestinian group Hamas. Their visit follows some of the deadliest days of fighting between Israelis and Palestinians since the last ground war in 2009. More than 500 Palestinians and 27 Israelis have died since fighting began July 8. Israeli fighters say their mission is to destroy a network of cross-border tunnels that Hamas militants are using to infiltrate Israel. Diane and her guests discuss the crisis in Gaza and prospects for a truce.