Containing Ebola And Controversy Over An Experimental Drug

Containing Ebola And Controversy Over An Experimental Drug 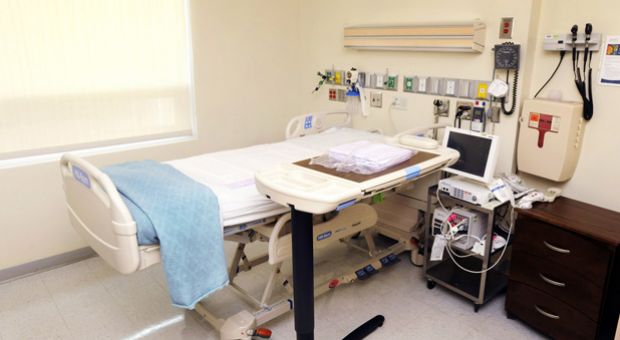 In this handout photo provided by Emory University, an isolation room is seen at Emory University Hospital on August 1, 2014 in Atlanta, Georgia. The hospital expects to treat a patient who was stricken with Ebola in the coming days. Jack Kearse/Emory University via Getty Images

Nearly a thousand people have died from Ebola since the latest outbreak of the virus began. Last week the World Health Organization declared an international public health emergency. Two Americans who contracted Ebola while working in Africa were flown back to the U.S. under tight security and given an experimental drug. Their health improved. But doctors do not yet know if the drug – called ZMapp – had any effect. The treatment of two white Americans when hundreds of Africans are fighting for their lives has spurred intense debate. Diane and guests give an update on the epidemic and discuss the ethics of experimental drugs to treat Ebola.