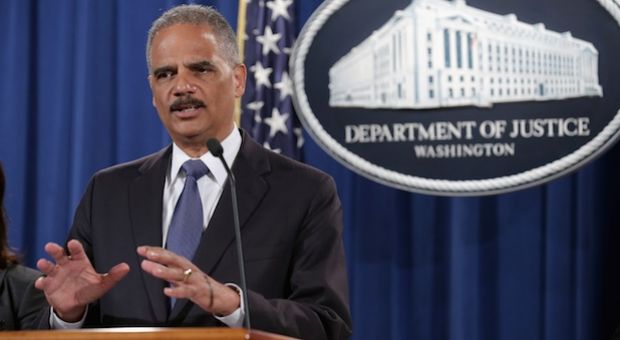 Attorney General Eric Holder announces plans to resign after six years in his post. Lawmakers are bracing for a fight over the appointment of a successor. The Secret Service is under intense scrutiny after a knife-wielding man manages to evade security and enter the White House. The Treasury Department reveals new, stricter rules aimed at discouraging U.S. companies from striking so-called tax inversion deals overseas. A new FBI report confirms that mass shootings are on the rise in the U.S. And President Barack Obama speaks at the U.N. climate summit, calling for a more ambitious approach to climate change. A panel of journalists joins Diane for the domestic hour of the Friday news roundup.

Eric Holder announced this week he plans to step down as attorney general, ending his term as one of President Barack Obama’s longest-serving advisers. His resignation, which many saw as forthcoming, is a blow to the president, who’s still trying to get his second term administration on track, said Olivier Knox of Yahoo! News. Holder said he will stay on until a successor is confirmed. Reid Wilson of The Washington Post said the decision reflects a political reality as the confirmation hearing for a new attorney general would take place while Democrats still control the Senate.