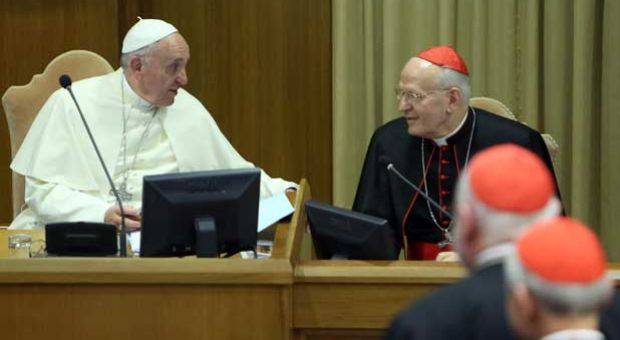 Pope Francis chats with Ungarian cardinal and archbisop of Budapest cardinal Peter Erdo (R) as he arrives at the Synod Hall for the Synod on the themes of family on October 6, 2014 in Vatican City, Vatican. Pope Francis addressed the Fathers of the Extraordinary Assembly of the Synod of Bishops on Monday, as they began their first full day of sessions exploring the pastoral challenges of the family in the context of evangelization. (Photo by Franco Origlia/Getty Images)