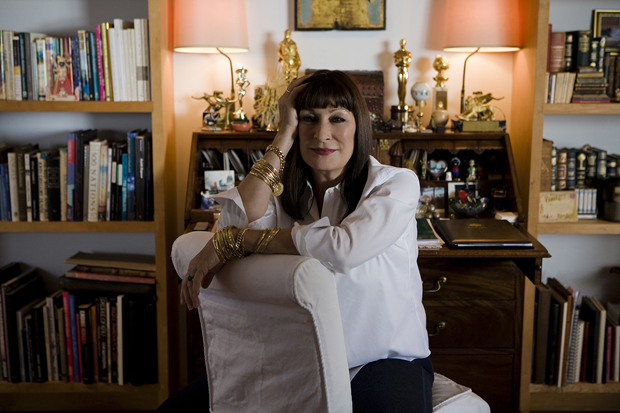 Anjelica Huston is best known for her roles in “Prizzi’s Honor,” “The Grifters,” “The Addams Family” and the TV series “Smash.” She was born into Hollywood royalty, but the daughter of filmmaker John Huston struggled to establish her career. At the age of 29, a prominent director told her she’d never make it in Hollywood. Out loud, Huston responded he was probably right. Inside, she thought, “Watch me,” which is now the title of her new memoir. In it, Huston chronicles her emergence from the shadows cast by both her father and super-star boyfriend Jack Nicholson. She tells the story of a career that included both acting and directing and spanned more than four decades. A conversation with Academy-award winner Anjelica Huston.

Excerpted with permission from “Watch Me,”  ©Anjelica Huston, 2014. Scribner. All Rights Reserved.

Featured Video: Anjelica Huston and John Cusack in The Grifters