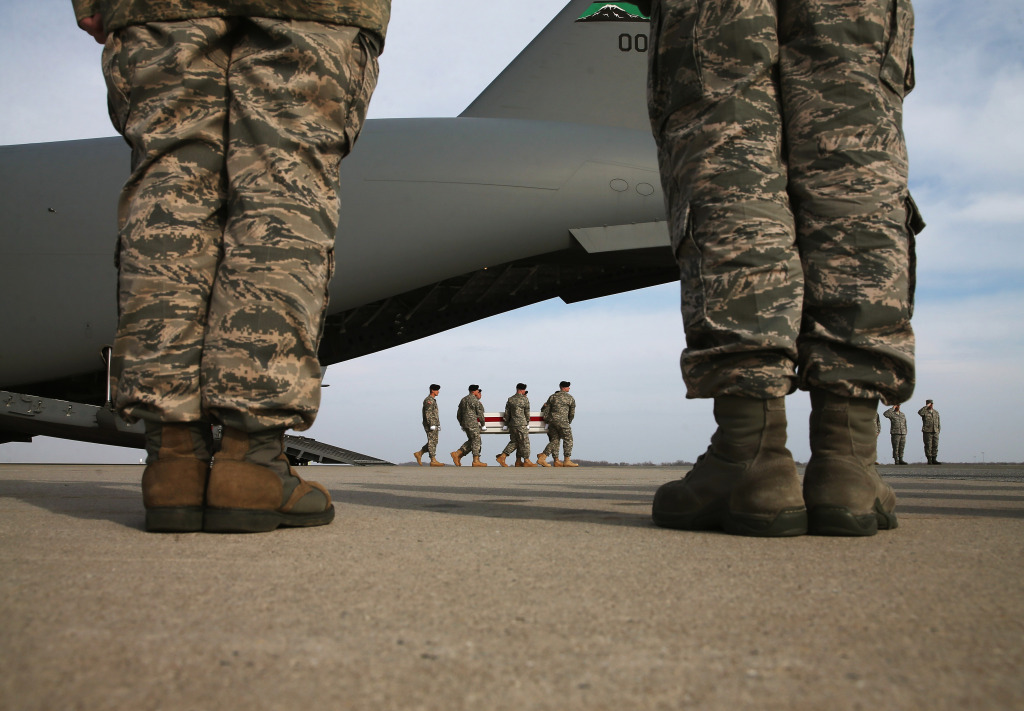 A US Army carry team moves a transfer case during a dignified transfer at Dover Air Force Base, on December 16, 2014 in Dover, Delaware. Mark Wilson/Getty Images

America has been at war for the last 13 years, the longest period of warfare in American history. Since 2002, around 2.5 million men and women have served in Iraq or Afghanistan, which is about three quarters of 1 percent of the U.S. population. Many Americans are quick to say they respect the sacrifice our soldiers are making, but most have no real contact or interest in the military. In a cover story for Atlantic Magazine, journalist Jim Fallows argues that this disconnect has led to careless spending, strategic errors and endless wars we can’t win. Please join us for debate over holding our military accountable.