The Latest On The Deadly Shooting Attack In Paris

The Latest On The Deadly Shooting Attack In Paris 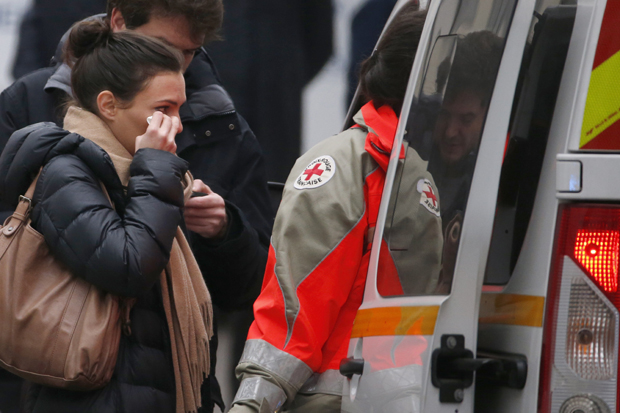 French President François Hollande has declared today a national day of mourning in the aftermath of yesterday’s terrorist attack in Paris. Armed gunmen stormed the offices of satirical magazine Charlie Hebdo, killing at least 12 people. A manuhunt is underway for two suspects in the attack—they are brothers—and one has a previous conviction for terrorist activity. Yesterday’s attack was the most deadly on French soil in decades and follows other attacks in European countries struggling with rising Muslim extremism. An update on the Paris terror attack and what it means for European and global security.