Terror In France And The Global Response

Terror In France And The Global Response 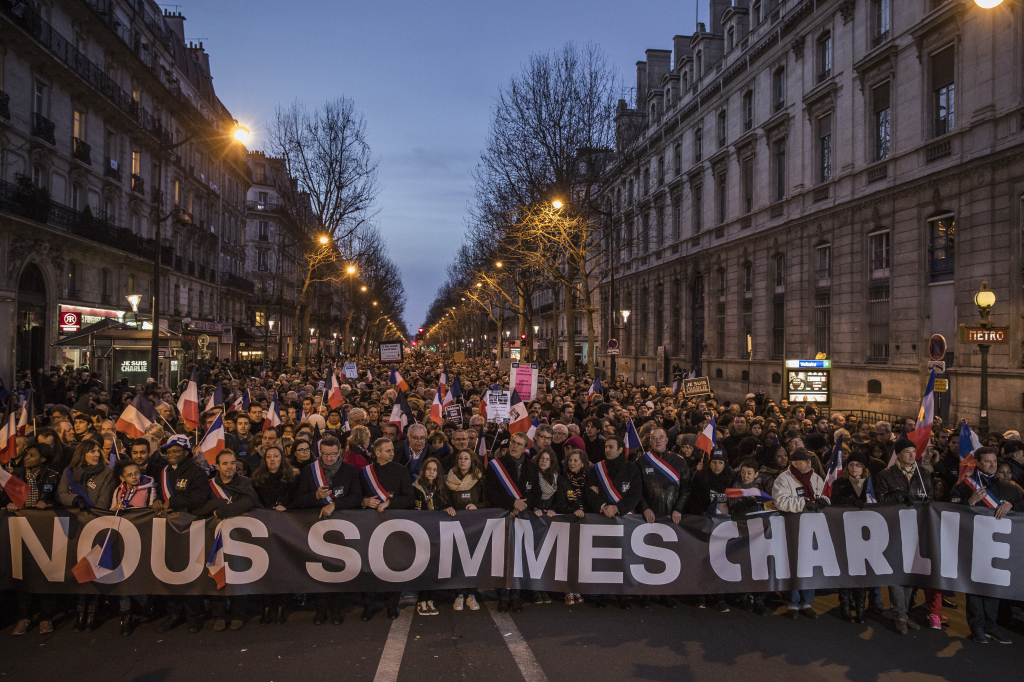 Demonstrators make their way along Place de la Republique during a mass unity rally following the recent terrorist attacks on January 11, 2015 in Paris, France. An estimated one million people converged in central Paris for the Unity March in solidarity with the 17 victims of this week's terrorist attacks in the country.

As many as 1.5 million people and 40 world leaders marched against terrorism through Paris yesterday, in the wake of attacks that left 17 dead. Carried out by French citizens with possible ties to al-Qaeda, the attacks have deepened concerns in Europe and the U.S. over the threat posed by “lone wolves:” individuals inspired to commit acts of violence by terror groups. In response, the White House has announced an international forum on new ways to counter violent extremism and home-grown threats. A conversation about the global reaction to the attacks in Paris, and what’s next for counter terrorism efforts in the West.