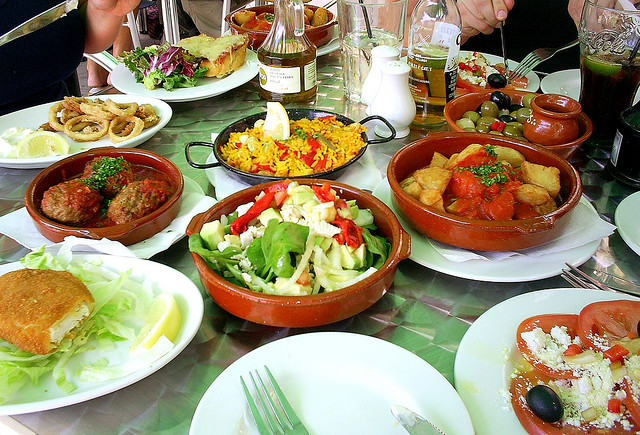 Mimi Sheraton was The New York Times’ restaurant critic for nearly a decade. As a reporter and author, she has spent 60 years traveling the world and sampling the world’s best cuisine. Ten years in the making, Sheraton’s latest book is an encyclopedia of the best dishes in the world. Making the cut are German beer soup, Mexican cactus and saffron buns from Stockholm. The new book also includes Sheraton’s favorite restaurants on several continents, along with recipes for some of the best-known dishes. Guest host Steve Roberts talks with one of the world’s top restaurant critics about her book “1,000 Foods to Eat Before You Die.”

Excerpted with permission from “1,000 Foods To Eat Before You Die.” Copyright © 2014 by Mimi Sheraton.Workman Publishing Co., Inc. All rights reserved.

Why do all new restaurants seem to be so loud? Former New York Times restaurant critic Mimi Sheraton weighs in.