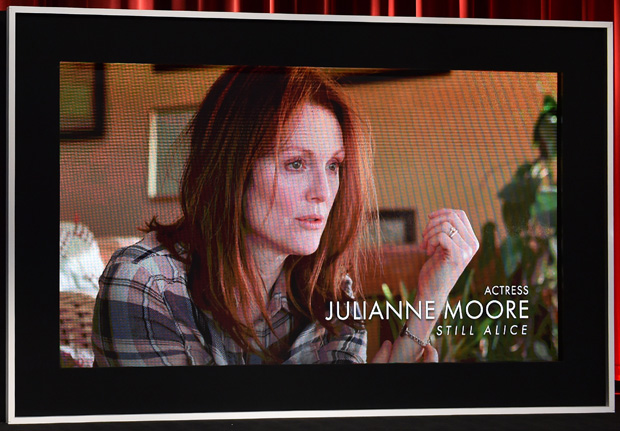 An image of Julianne Moore in her role in the film 'Still Alice' at the 87th Academy Awards Nominations Announcement at the AMPAS Samuel Goldwyn Theater on January 15, 2015 in Beverly Hills, California.

Actress Julianne Moore has been dominating this awards season with her portrayal of a woman struggling with early-onset Alzheimer’s disease. But before there was “Still Alice” the movie, there was “Still Alice” the book. Written by neuroscientist Lisa Genova in 2007, it tells the story of a brilliant Harvard psychologist as she grapples with a devastating diagnosis. Though Genova initially self-published the novel, it became a New York Times best-seller and continues to attract both general readers and those with direct connections to the disease. Join Diane and her guests for a discussion of “Still Alice,” an intimate portrait of life with Alzheimer’s disease.

Our book for January's Readers' Review, "Still Alice," tells the story of a brilliant Harvard psychologist struggling with early-onset Alzheimer's disease. Here are some other recommendations from one of our authors.