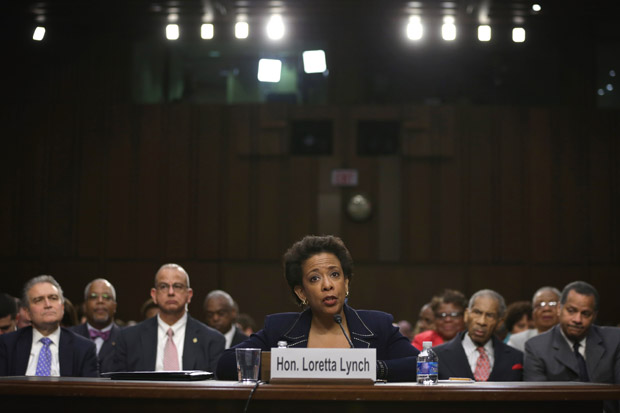 U.S. Attorney for the Eastern District of New York Loretta Lynch testifies during a confirmation hearing before Senate Judiciary Committee on January 28, 2015 on Capitol Hill in Washington, D.C.

President Obama wants to end across-the-board spending cuts known as sequestration. He’s seeking a seven percent spending increase in a new budget to be released next week. The Senate approves the Keystone XL Pipeline despite veto threats from the White House. In her confirmation hearing, Loretta Lynch pledges to be an independent attorney general. A Senate panel approves an Iran sanctions bill but Democratic backers agree to give the White House more time to reach a nuclear deal. And the Federal Aviation Administration bans drones at Sunday’s Super Bowl, days after a small unmanned aircraft crashed on the White House lawn. A panel of journalists joins Diane for analysis of the week’s top national news stories.

Video: Was Mitt Romney's Decision Not To Run A Good One?

Video: What Does It Mean To Be Part Of Today's Middle Class?