History Of The Vatican Bank And Current Efforts To Reform It

History Of The Vatican Bank And Current Efforts To Reform It 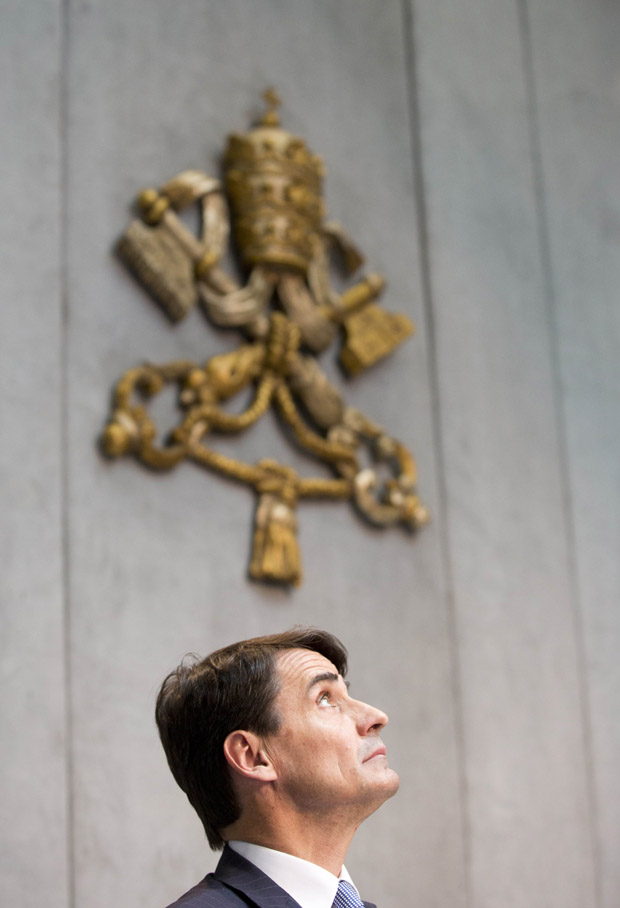 New president of the Institute of Religious Works, or IOR, Jean-Baptiste de Franssu, left, listens reporters' questions during a press conference in the Vatican's press room Wednesday, July 9, 2014. The Vatican has chosen a French financier as the new president of its bank, which is overhauling operations after a series of financial scandals. De Franssu, whose expertise is in investment banking, has been serving on a new Vatican economic council to help Pope Francis, whose papacy includes a mandate to heal the Vatican’s finances and modernize its financial structure, including the scandal-plagued bank.

For centuries, the Roman Catholic Church relied mostly on taxes and donations to finance operations. But during World War II, Pope Pius created The Institute for the Works of Religion. Commonly known as the Vatican Bank, it now holds billions of dollars in assets. For decades, the Bank has been plagued by a series of scandals, including bribery and money laundering. And the author of a new book says the Bank collaborated with the Nazis and tried to hide that fact for years. Pope Francis has enacted a series of reforms to end the scandals and increase transparency. Diane and guests discuss the history of the Vatican Bank and the current pope’s efforts to make lasting changes.