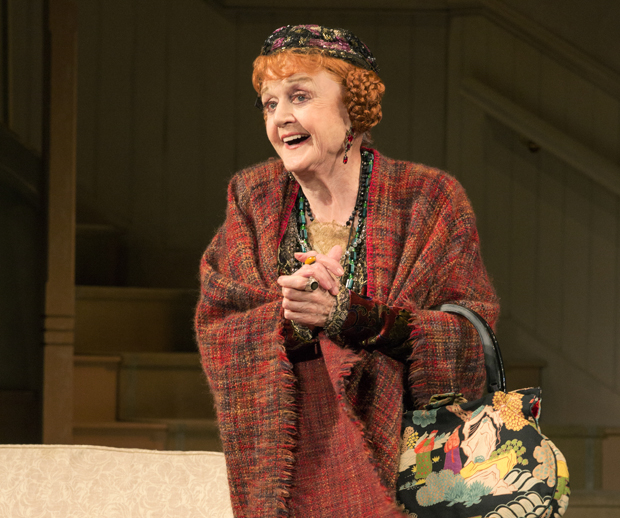 Angela Lansbury’s career spans seven full decades. She’s perhaps best known as the mystery writer Jessica Fletcher on the hit TV series “Murder, She Wrote.” But older Americans and film buffs remember Lansbury as a maid in her first film, “Gaslight.” She won the role at age 17 – and an Oscar nomination shortly afterward. She went on to appear in more than 60 movies. But Broadway is where she really made her mark. She has won five Tony awards and numerous other honors for her work in theater. Currently the 89-year-old is starring in a revival of the Noel Coward comedy, “Blithe Spirit.” A conversation with Angela Lansbury.

Angela Lansbury is returning to the States for a revival of Noël Coward’s”Blithe Spirit.”