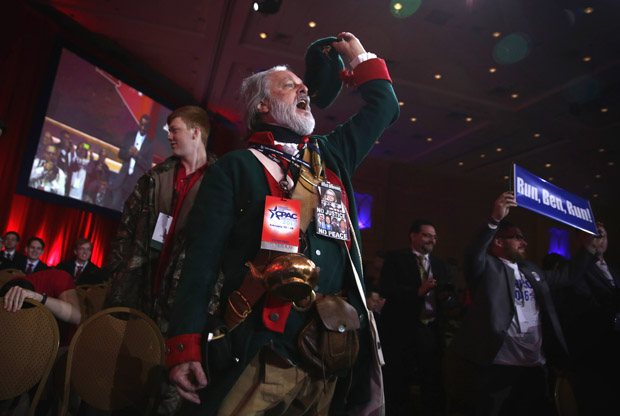 The clock is ticking as Congress races to fund the Department of Homeland Security. The House of Representatives considers a short-term funding bill to buy time before tonight’s midnight deadline. President Barack Obama vetoes the Keystone XL Pipeline bill, the first of many vetoes expected in his last two years in office. Jeb Bush hopes to change some minds at the Conservative Political Action Conference. Hillary Clinton lays out possible 2016 campaign themes in a speech to 5,000 women in Silicon Valley. And in an historic vote, the Federal Communications Commission classifies broadband internet service as a public utility. A panel of journalists joins Diane for analysis of the week’s top national news stories.

Most experts are putting Hillary Clinton as the democratic front runner for the 2016 presidential elections.

But some say she would actually benefit from some competition in the primary, and that some of her positions will likely be shaped by Sen. Elizabeth Warren (D-Mass.), a favorite among more progressive Democrats who has said she won’t run but has met with Clinton about her campaign.

Video: Why The Viral Dress Color Debate Matters For Candidates in 2016

This week, a picture of a mother of the bride dress went viral: Some people saw it as blue and black; others swore it was white and gold.

Public figures from House speaker John Boehner to singer Taylor Swift weighed in on the dress. Our panel couldn’t agree, but did say 2016 presidential candidates should pay attention to what the debate says about their campaign environment.