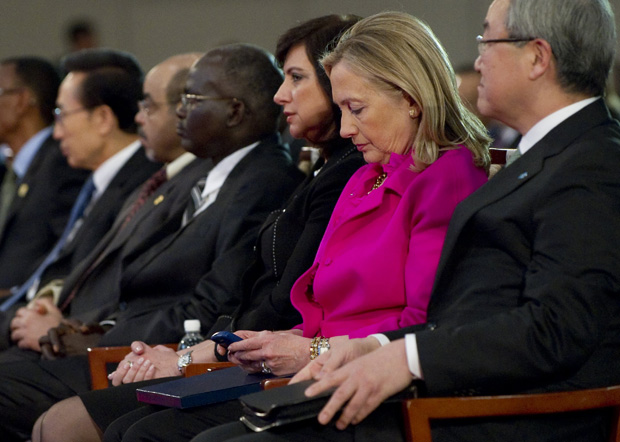 The U.S. economy adds 295,000 jobs in February, prompting questions about when the Federal Reserve might raise interest rates. Attorney General Eric Holder calls on Ferguson leaders to act against widespread racial bias found in its law enforcement. The State Department cautions that its review of Hillary Clinton’s emails could take months. Israeli Prime Minister Netanyahu’s speech to congress stirs political tensions. President Barack Obama signs a long-stalled bill to fund the Department of Homeland Security. And questions remain about whether Obamacare will survive its second trip to the Supreme Court. A panel of journalists joins Diane for analysis of the week’s top national news stories.

Video: How Will Hillary Clinton's Emails Affect Her Campaign?

With the media frenzy around Hillary Clinton’s use of private emails during her time as U.S. secretary of state, one caller on our March 6 show asked: Will this really have an impact outside of Washington?

Voters may not know the details of the State Department investigation, but the dead air around Clinton’s possible 2016 campaign, which she has not formally announced, is now being filled with noise about her emails — which isn’t a positive way to fill absent messaging, Politico‘s Manu Raju said.

Video: February Jobs Numbers Are Strong. But What About Wages?