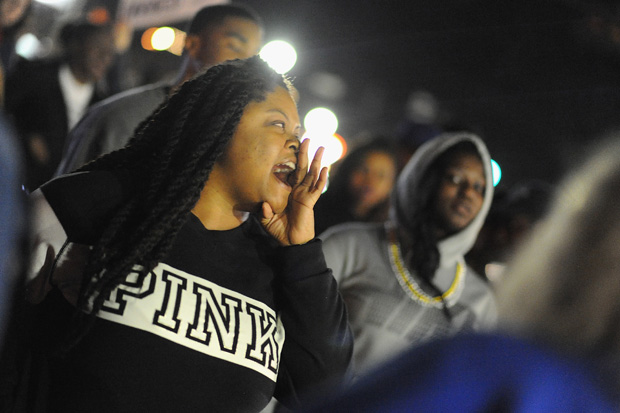 Protesters demonstrate outside the Ferguson Police Department on March 11 in Ferguson, Missouri. Michael B. Thomas/Getty Images

A manhunt continues for suspects who shot two police officers in Ferguson, Missouri. The shooting happened just hours after the city’s police chief announced his resignation. Secretary of State John Kerry slams a letter from Senate Republicans warning Iranian leaders against a nuclear agreement with the West. Kerry was at a hearing urging Congress to give President Barack Obama authorization to use force against the so-called Islamic State. Hillary Clinton defends her use of a private email account and server while she was the nation’s top diplomat. And more problems for the beleaguered Secret Service. A panel of journalists joins Diane for analysis of the week’s top national news stories.

Video: Why Can't We Find Peace In Ferguson?

Video: After Latest Scandal, What's Next For The Secret Service?