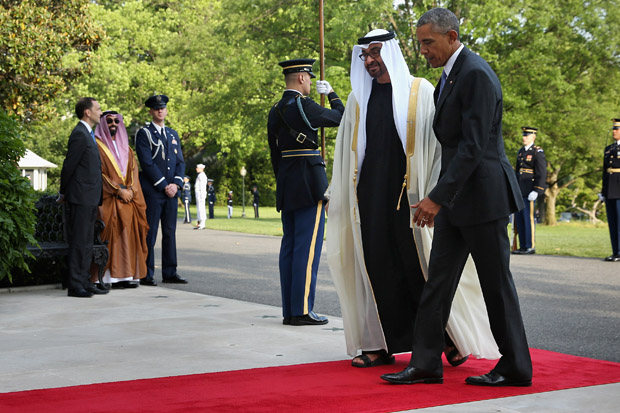 President Obama meets with Persian Gulf leaders at Camp David Thursday, pledging to help defend against potential external attacks. But Saudi Arabia’s King Salman skips the summit. The Taliban attacks a hotel in Kabul, killing 14 people including one American. In Yemen Houthi rebels agree to a five-day humanitarian ceasefire, but the Saudi-led coalition alleges multiple violations within the first 24 hours of the truce. The wreckage of a U.S. Marine helicopter is found in Nepal, after going missing while on an earthquake relief mission. And U.S. Secretary of State John Kerry meets with Russian President Vladimir Putin in Sochi. A panel of journalists joins guest host Susan Page for analysis of the week’s top international news stories.