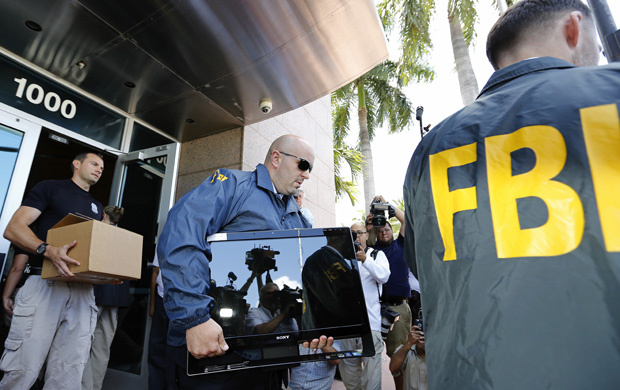 FBI agents carry boxes and computers from the headquarters of CONCACAF after it was raided May 27 in Miami Beach, Florida. The raid is part of an international investigation of FIFA. Joe Skipper/Getty Images

Video: Is The GOP Message Changing?

The growing number of presidential candidates seeking a GOP nomination in 2016 is changing the party’s conversation about several issues. Our panel looks at some of them.

Video: How Does Rick Santorum Stand Out In The GOP Field For 2016?

There’s an ever-growing list of candidates seeking the GOP’s nomination for 2016. But Former Sen. Rick Santorum is distinguishing himself from the field with some departures from the party platform.

Video: What Can We Learn From The IRS Breach?

The FBI has opened an investigation into another data breach at the IRS. What should consumers do now?