New Treatments For Concussions Based On Recent Brain Research

New Treatments For Concussions Based On Recent Brain Research 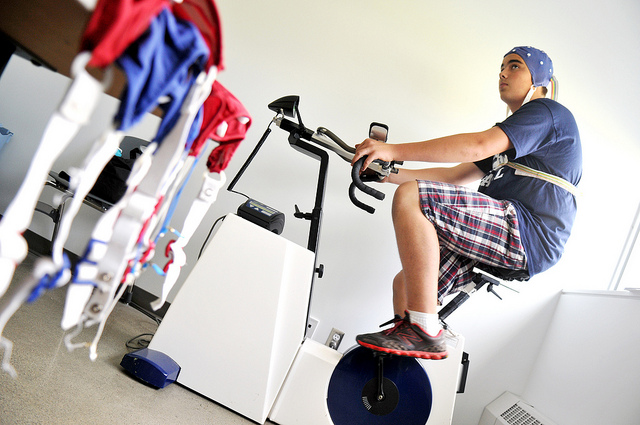 Clark Elliott’s world collapsed after his car was rear-ended 16 years ago. He suffered a concussion and often had severe cognitive problems, from seizures to short-term memory loss that sometimes left him unable to even name his children. Dozens of doctors told him there was nothing they could do. Then, the DePaul University professor began working with specialists who were using new treatments based on recent brain research. He worked on brain teasers and puzzles and was given special eye glasses. Within months, his symptoms were gone. We look at new treatments for concussions and what they could mean for patients.

From The Ghost in My Brain: How a Concussion Stole My Life and How the New Science of Brain Plasticity Helped Me Get It Back, on sale now. Reprinted by arrangement with Viking, an imprint of Penguin Publishing Group, a division of Penguin Random House LLC. Copyright © 2015 by Clark Elliott.

Kori Hudson answered your questions in a live Facebook Q&A.