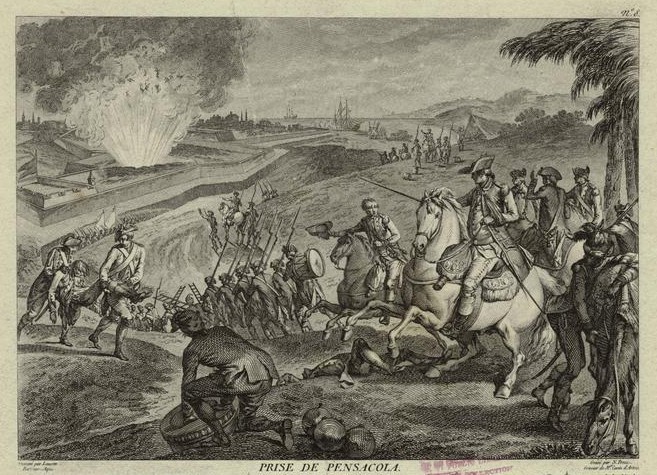 An engraving depicting the 1781 Battle of Pensacola. By Lausan (artist), Bertaux and Ponce (engravers) [Public domain], via Wikimedia Commons

When thinking about the American Revolutionary War, the founding fathers, Paul Revere and militia men fighting for independence from Britain are first to come to mind. But an historian at the University of North Carolina at Chapel Hill says there is much more to the story. In a new book, professor Kathleen DuVal explores how marginalized groups who lived outside of colonial society changed the outcome of the war. Slaves and Cajun exiles along the gulf coast fought against the British for their own reasons. And some Native Americans Indians chose not to assist the British at crucial moments. We hear a new take on the American Revolution.