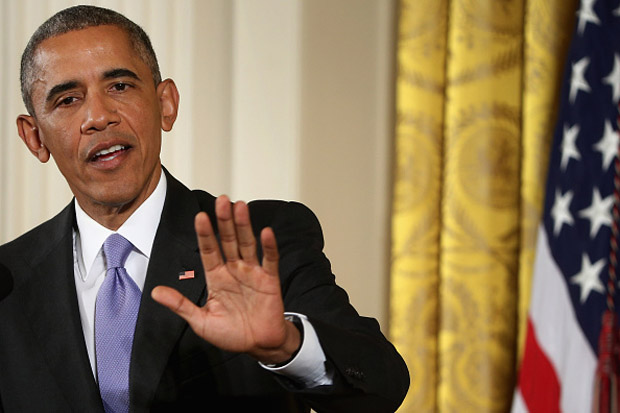 Barack Obama holds a news conference on the Iran deal July 15 in the East Room of the White House. Chip Somodevilla/Getty Images

President Obama begins a 60-day campaign to convince skeptics in Congress and the American public to support the nuclear deal with Iran. Wisconsin Gov. Scott Walker officially joins the crowded field of Republican presidential hopefuls. A gunman kills four marines Thursday in a shooting in Chattanooga, Tennessee; officials are treating the attack as a possible act of domestic terrorism. And President Barack Obama becomes the first American president to visit a federal prison, aiming to rally support for an overhaul of the U.S. criminal justice system. A panel of journalists joins Diane for analysis of the week’s top national news stories.

Video: Why Are The Attacks In Charleston And Tennessee Treated Differently?

“Does a killer have to be Muslim to be called a terrorist?” a listener asked.

Video: Why Are The Tennessee Attacks Considered Terrorism?

Our panel looks at why the attacks on two military outposts in Tennessee were so quickly labeled terrorism.