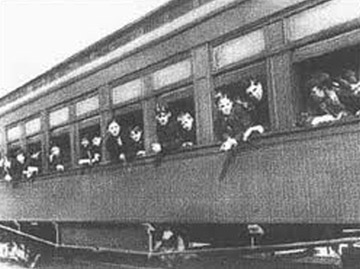 Tens of thousands of homeless children were transported by train out of northern cities to the rural west between 1854 and the Great Depression. The Children’s Aid Society wanted to give abandoned homeless children a fresh start. Some ended up adopted by kind families, but many ended up in hard labor. Vivian is one such girl sent from New York City to Minnesota. She’s the main character in a best-selling novel by Christina Baker Kline. A Readers’ Review discussion of “Orphan Train.”