The 100th Anniversary of Robert Frost’s Poem, “The Road Not Taken”

The 100th Anniversary of Robert Frost’s Poem, “The Road Not Taken” 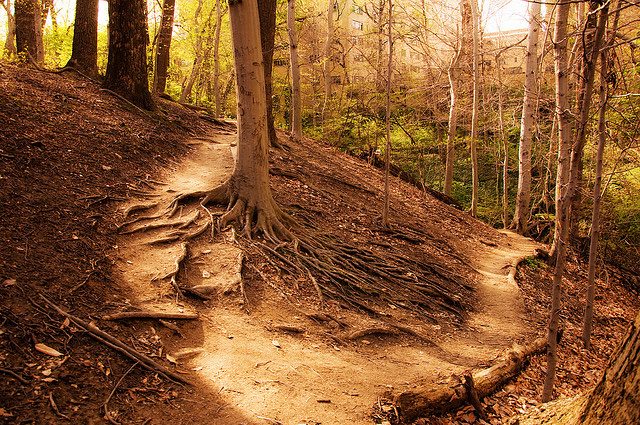 “Two roads diverged in a wood and I – I took the one less traveled by, and that has made all the difference.” This month marks the 100th anniversary of one of the best known American poems. Many remember Robert Frost’s “The Road Not Taken” for those last lines celebrating individualism and non-conformity. But most literary scholars say this was not Frost’s intended meaning. The poem, they argue, is about the self-delusion of a person looking back on their life romanticizing a decision as life altering, when it was not. We get to the bottom of the many interpretations of one of the most popular American poems.

Read: The Road Not Taken

Listen: The Road Not Taken

The American Academy of Poets has this recording of Robert Frost reading one of his most famous poems.