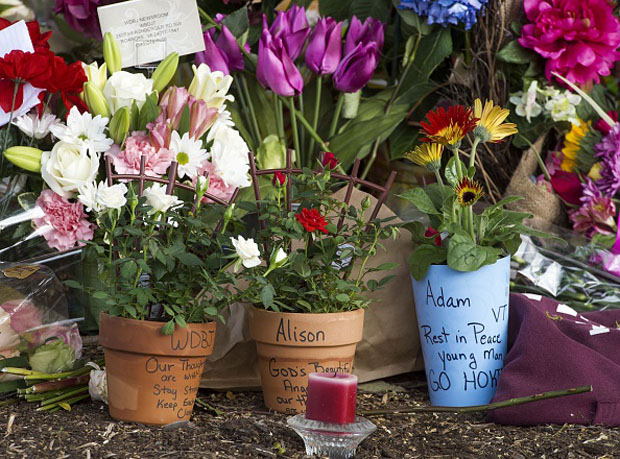 A makeshift memorial is viewed at the gate of WDBJ's television studios August 27 in Roanoke, Virginia. The former television reporter who shot dead two journalists during a live broadcast before killing himself warned he had been a "human powder keg... just waiting to go BOOM." PAUL J. RICHARDS/AFP/Getty Images

A shooting tragedy that unfolded on live television reignites the gun control debate once again. President Barack Obama holds up New Orleans’ comeback from Hurricane Katrina as an example for the rest of the country. Strong economic news helps stabilize the U.S. stock market. Vice President Joe Biden says he’s undecided on whether to make a third bid for the White House. Republican presidential candidates Donald Trump and Jeb Bush clash over immigration policy. And rhetoric over women’s health issues heats up on the presidential campaign trail. A panel of journalists joins Diane for analysis of the week’s top national news stories.

Video: Why Does America Have So Much Gun Violence?

“There’s a reality that I think everybody has to deal with and it’s an American reality,” Wall Street Journal’s Jerry Seib says.

Video: Will The Shooting Of Two Reporters Force Change In Gun Laws?

The father of one of the victims in this week’s shooting in Virginia is calling on President Barack Obama and 2016 candidates to do something about gun control. Will anything change? Our panel weighs in.