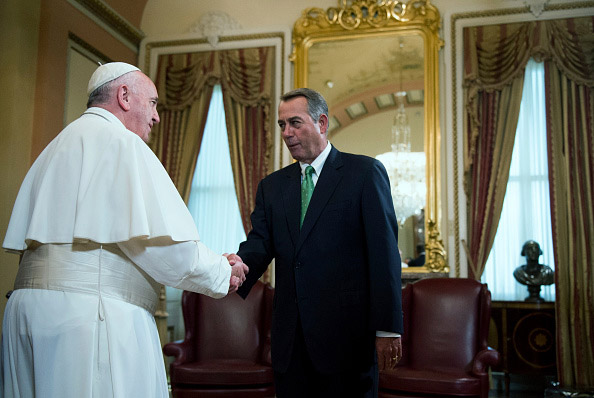 House Speaker John Boehner (R-Ohio) announced Friday he will give up his seat at the end of October. Pope Francis is in New York to address world leaders at the United Nations General Assembly. In his remarks to Congress this week, he challenged U.S. lawmakers to work together to accept immigrants, respect human life, and protect the environment. Wisconsin Gov. Scott Walker suspends his presidential bid. Hillary Clinton and her rival Sen. Bernie Sanders take on Big Pharma over drug prices. And Volkswagen faces fallout over an emissions scandal. A panel of journalists joins Diane for analysis of the week’s top national news stories.

Video: What's Next For Volkswagen — And Its Customers?

Video: How Would A Government Shutdown Affect Republicans In 2016?

Video: How Will John Boehner's Resignation Affect The Threat Of A Government Shutdown?