Analysis Of The First Democratic Presidential Debate Of The 2016 Race

Analysis Of The First Democratic Presidential Debate Of The 2016 Race 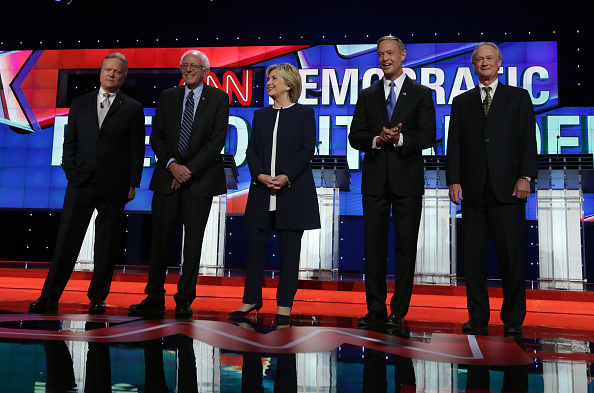 Five presidential candidates faced off last night in Las Vegas in the first Democratic debate. Frontrunner Hillary Clinton challenged Vermont Sen. Bernie Sanders on gun control, his plan to break up the banks, and on national security. Sanders responded, saying Clinton’s no-fly-zone in Syria was a bad idea and criticizing the former senator for her Iraq war vote. But the two found common ground on the issue of Hillary’s emails, which both agreed weren’t worth talking about. Diane and guests analyze last night’s event and what it could mean for the rest of the 2016 race.