Vice President Biden, Congressman Ryan And What’s Ahead For Their Political Parties

Vice President Biden, Congressman Ryan And What’s Ahead For Their Political Parties 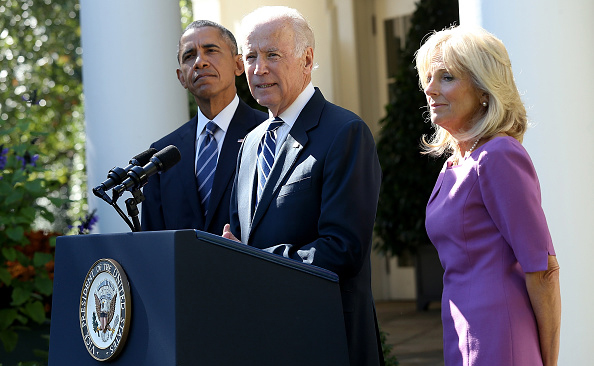 Vice President Joe Biden, center, announces Wednesday that he will not run for president. At his side are his wife, Jill Biden, and President Obama. Win McNamee/Getty Images

Yesterday Vice President Joe Biden announced he would not launch a campaign to be the Democratic 2016 presidential nominee. His decision ends many months of speculation and is likely to be a boost for Hillary Clinton’s prospects. Later yesterday, hard-line conservative members of the House signaled their willingness to support Rep. Paul Ryan as Speaker. Ryan had said he would be willing to serve if, in advance, different Republican factions agreed to support him. Join us to talk about new challenges for congressional Republicans and what’s next in the 2016 presidential campaign.