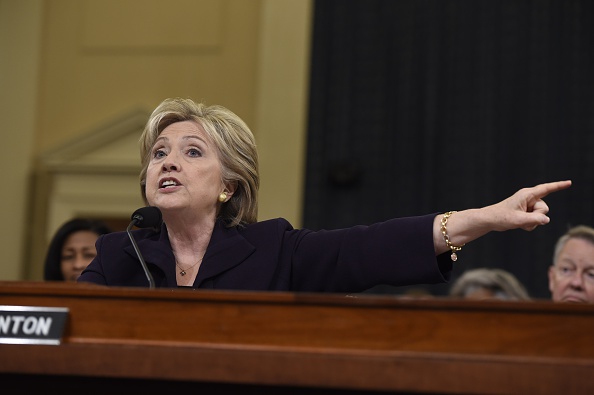 Hillary Clinton holds her ground against sharp questioning in a day-long House Benghazi hearing. Vice President Joe Biden and Congressman Paul Ryan end speculation about their next moves: Biden announces he will not run for president while Ryan says he is ready and eager to be Speaker of the House. Donald Trump spends 100 days atop the Republican presidential field but Ben Carson takes the lead in a new Iowa poll. And law enforcement officials meet with President Obama at the White House about reforming the criminal justice system. A panel of journalists joins Diane for analysis of the week’s top national news stories.

Rand Paul Has Two Campaigns To Worry About

Is Paul Ryan A Republican In The Image Of Jack Kemp?

The Benghazi Hearing: Did It Change Anything For Hillary Clinton?