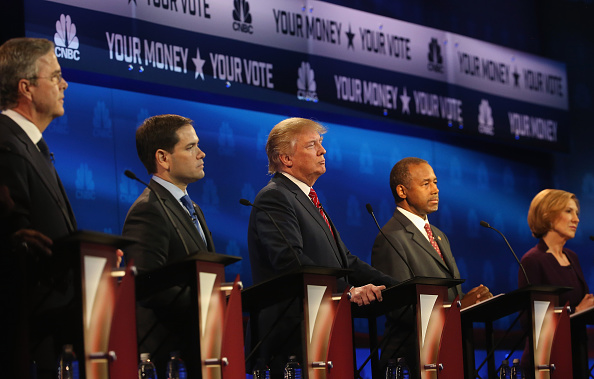 It’s an eventful week for Republicans: this morning, John Boehner hands over the House speaker’s gavel to Paul Ryan, after a period of uncertainty over the party’s direction. The house approved Boehner’s two-year budget deal yesterday, with Ryan saying he would support it. Last night, it was the nation’s potential leadership in the spotlight: Republican presidential candidates took to the debate stage for the third time, focusing on economic issues. With new polls showing Ben Carson in the top spot, and candidates like Jeb Bush looking to revive lagging campaigns, the event had a new sense of urgency. From the house to twenty-sixteen: an update on the G.O.P.