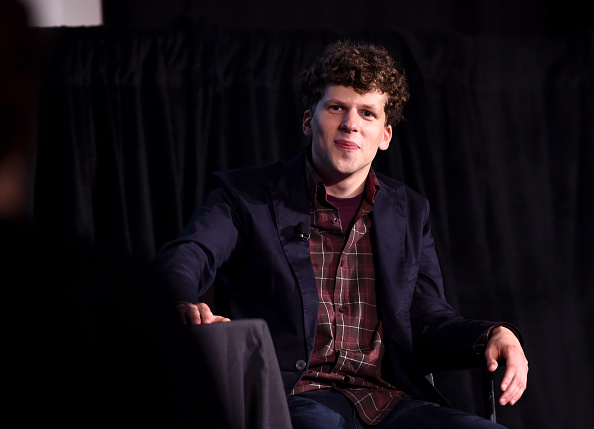 Eisenberg onstage at the The New Yorker Festival 2015, earlier this month in New York. Ilya S. Savenok/Getty Images for The New Yorker

Jesse Eisenberg has managed to squeeze a lot into his 32 years. Most are familiar with him as an actor, best known for his role as Facebook founder Mark Zuckerberg in “The Social Network”. But he’s also a playwright and an author, with work published in The New Yorker and McSweeney’s. Eisenberg is recently out with a new book of short stories called “Bream Gives Me Hiccups”. The title story is about a nine year old boy who is also a food critic. If that sounds like comedy it is — but as Eisenberg says, his humor most often goes into much deeper territory with commentary on human connection and emotional truth. Jesse Eisenberg joins Diane to discuss acting, writing, and what humor means to him.

“Sushi Nozawa” from BREAM GIVES ME HICCUPS © 2015 by Jesse Eisenberg; reprinted with the permission of the publisher, Grove Press, an imprint of Grove Atlantic, Inc.

“My Little Sister Texts Me With Her Problems,” from the audio book BREAM GIVES ME HICCUPS, published by Audible Studios, read by Jesse Eisenberg and Hallie Eisenberg.