Latest On The San Bernardino Shooting

Latest On The San Bernardino Shooting 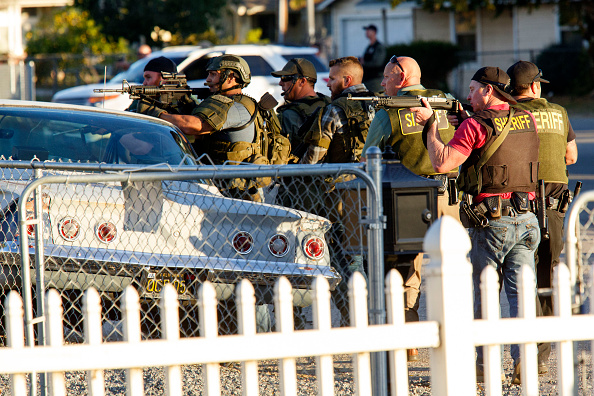 Law enforcement officers search for the suspects after the shooting Wednesday in San Bernardino, California.

A deadly shooting inside a social services center in San Bernardino, California left 14 people dead and 17 injured. It’s the largest mass shooting in the U.S. since Sandy Hook in 2012. The two suspects were killed in a shootout with police. A third was detained. As of now, motives are unclear. Authorities say the two suspects who were killed were a married couple, with a young child. They were found with assault rifles and semi-automatic hand guns. The latest on the mass shooting in San Bernardino.