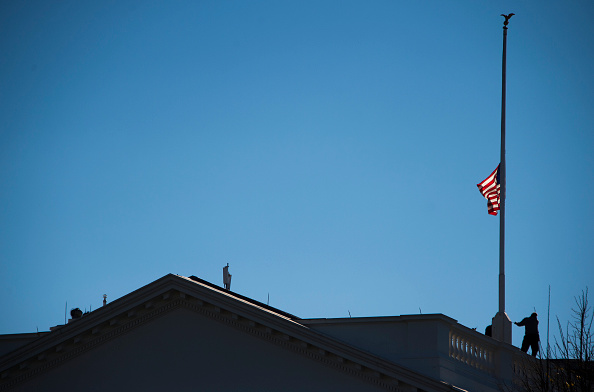 The American flag at the White House is lowered to half staff Thursday following President Obama's statement on the shootings in San Bernardino, California. JIM WATSON/AFP/Getty Images

Officials release the names of the 14 victims from this week’s shooting in San Bernardino. The F.B.I. is treating the attack as possible terrorism. The Pentagon announces it is opening all combat roles in the military to women. The U.S. economy added 211,000 jobs in November, bolstering the likelihood that the Federal Reserve will raise interest rates later this month. Congress passes the longest-term highway bill in a decade. And Chicago Mayor Rahm Emanuel rejects calls for his resignation over a police shooting and a video. A panel of journalists joins Diane for analysis of the week’s top national news stories.