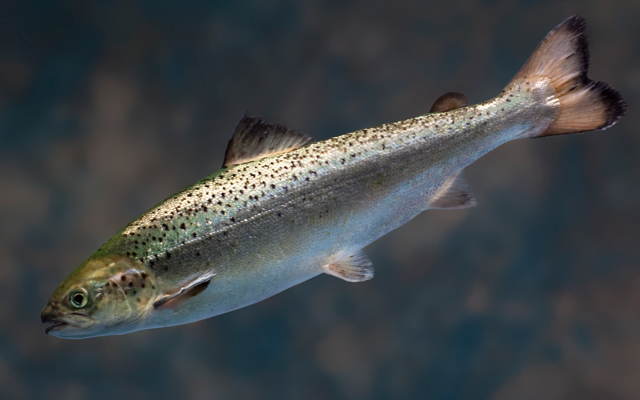 A genetically modified AquAdvantage salmon. The Food and Drug Administration announced Nov. 19 that the fish was approved for human consumption AquaBounty Technologies

The Food and Drug Administration has approved the first genetically modified animal for human consumption – salmon. The FDA also ruled that when these GMO fish begin appearing in grocery stores in a couple of years, they don’t have to be labeled as such. The FDA says there’s no significant difference between the natural and engineered fish. Many consumers are angry they won’t necessarily know what they’re buying. Other opponents fear GMO salmon could have a negative impact on wild salmon. But supporters say the populations cannot mingle and the GMO version is more sustainable. Diane and her guests talk about the ongoing controversy over genetically modified salmon.