Donald Trump and Division within the Republican Party

Donald Trump and Division within the Republican Party 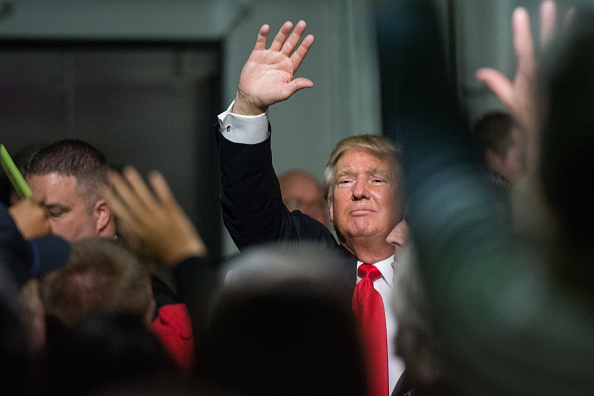 Trump waves to the crowd at a Pearl Harbor Day Rally at the U.S.S. Yorktown in Mount Pleasant, South Carolina, on Monday. Sean Rayford/Getty Images

Businessman Donald Trump continues to top the polls of likely Republican voters. In the key state of New Hampshire, Trump now leads the field by 18 points. But his recent proposal to ban all Muslims from entering the U.S. has ignited a firestorm. Critics say it’s an outrageous plan that violates the U.S. Constitution. But supporters say it’s necessary to keep America safe from Islamic terrorism. Guest host Melissa Ross and guests discuss Donald Trump’s continuing dominance in the polls, his plan to keep Muslims out, and what it all means for the 2016 presidential election and the future of the G.O.P.