Analysis Of The Last Republican Presidential Debate Of The Year

Analysis Of The Last Republican Presidential Debate Of The Year 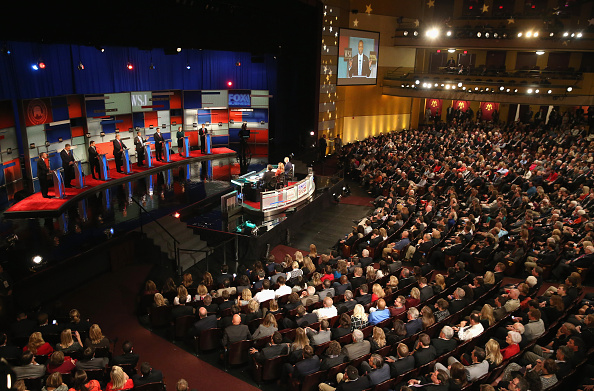 The scene inside the Milwaukee Theatre during the previous GOP debate, on Nov. 10. Scott Olson/Getty Images

Nine Republican presidential candidates took to the stage last night in Las Vegas, Nevada for the fifth debate of the primary season. It was the last one of the year and comes just seven weeks before the first votes are cast in Iowa. Questions about terrorism and national security dominated the discussion, with the candidates sparring over who would be toughest on ISIS and protecting the homeland. Former Florida Governor Jeb Bush sharply criticized frontrunner Donald Trump’s plan to block Muslims from entering the U.S. And Texas Senator Ted Cruz, who leads the GOP field in Iowa, sparred with Florida Senator Marco Rubio over immigration policy. Join us as Diane and guests discuss last night’s Republican debate.